What is Lyme Disease? 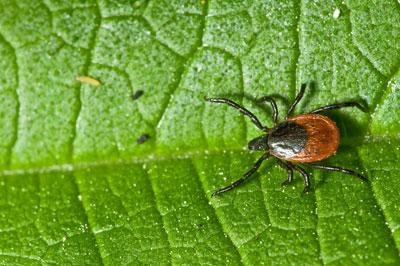 And what can you do to avoid it?

Lyme disease is a tick-borne illness that is spread when infected deer ticks are feeding. Unfortunately, ticks feed on people, and there is a big problem with Lyme disease in North America, as well as elsewhere in the world where grassy and wooded areas allow deer ticks to thrive. But a tick bite isn’t enough to give you Lyme disease. The more you know about this danger, the easier it is to avoid it.

Lyme disease initially only has minor effects. Usually, a rash will appear at the tick bite location, and it will seemingly move outward in a ring. This is the ‘bull’s eye’ that usually indicates a case of Lyme disease. It’s also common to feel flu-like symptoms like chills, body aches, fever, and headache. In the long term, it can cause joint pain that moves from one joint to another. The worst effects are neurological and can cause the infected person to have meningitis (inflammation of the membranes around the brain), numbness or weakness in limbs, physical impairments, and heart problems.

What to do if You’re Bitten

If you’ve been bitten, make sure that the tick is removed as soon as possible. Ticks removed within 24 hours are unlikely to transmit the disease. However, keep an eye on the location of the bite. If a bull’s eye appears, see a doctor immediately. If you don’t know how long the tick was attached, preserve the tick and bring it to the doctor.

If antibiotics are used immediately, they can be effective in eradicating the disease. However, if Lyme disease goes untreated, it becomes incurable. Lyme disease is a serious disease and getting treatment should be a priority if you’ve been bitten.